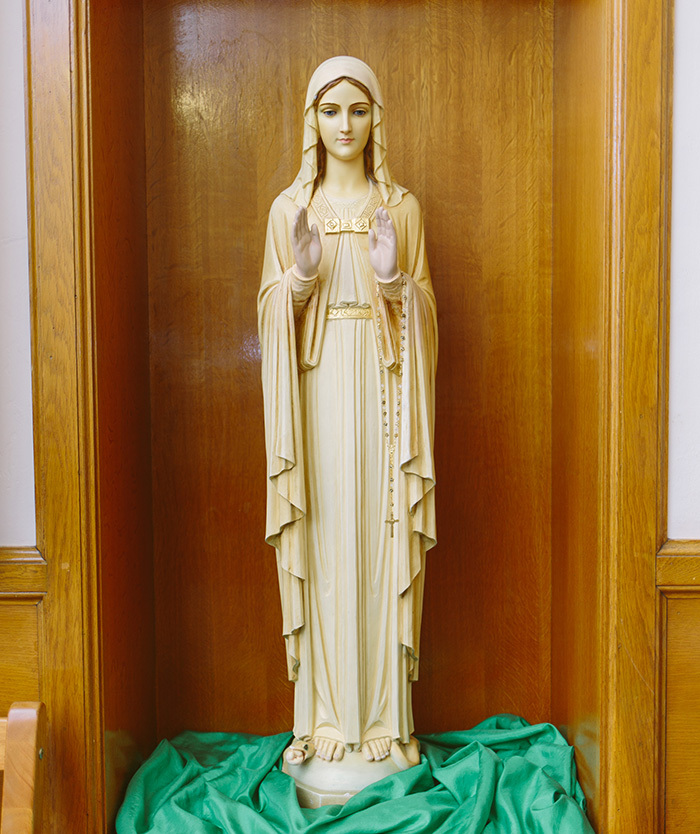 In September, 1949, the first and, to date, only Catholic School in San Bruno became a reality as the Pastor of St. Bruno, Reverend Pater E. Doyle, welcomed the students for grades 1 through 4 to what was then known as St. Bruno School. The faculty consisted of three Sisters of St. Francis of Assisi from Wisconsin and one lay teacher. The first principal was Sister M. Bernadette. O.S.F. The site of the school was approximately one mile from the church on land purchased for future expansion. The Sisters lived in a neighborhood home until the convent next to the school was completed in 1950. In the next four years, the staff of sisters increased to encompass all eight grades. Although a Kindergarten room was included in the building, it was never used as such until September, 1985, when the first Kindergarten class began.

In October, 1955, Reverend Robert J. Hennessy was appointed the administrator of the parish and, due to his supervision, a much needed second Catholic church and rectory were built on property adjoining the school and convent.

In November, 1958, St. Robert Parish was officially established, and Father Hennessy was appointed pastor. It was at this time that the name was changed to St. Robert School to incorporate all buildings into the new parish.

When it became necessary for the Sisters of St. Francis of Assisi to leave California, the school went through a period of crisis in maintaining a complement of Sisters to balance the staff of lay teachers. In September, 1970, the parish and school welcomed the Sisters of the Presentation from Ireland. The Sisters of Presentation served the parish in administrative and teaching roles until 1995 when Mrs. Patricia Bordin was appointed as Principal. Then, the faculty consisted of all lay teachers with the exception of our part-time remedial teacher, who was a Sister of the Presentation. Ms. Yvonne Olcomendy assumed the roll as Principal in July 2004. Mrs. Margo Wright succeeded Ms. Olcemendy as Principal in August 2011.

The instructional program at St. Robert Catholic School has a solid Christian orientation and continues to aim for intellectual excellence in the spirit of Gospel values. These goals are realized through an effective partnership of parents and dedicated faculty and staff.